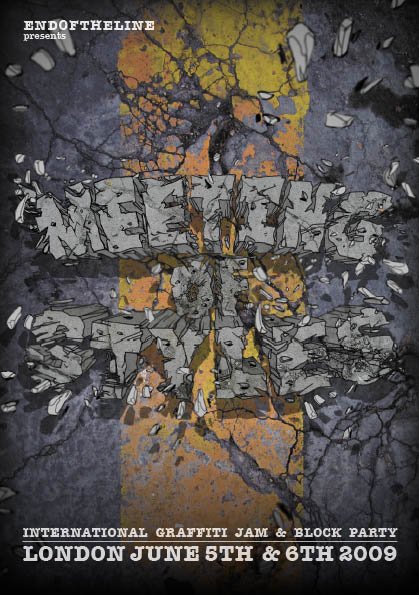 London is the largest urban area and capital of England and the United Kingdom and houses a large potential of skills and styles.

60 of the best aerosol artists from across the UK and Europe have been handpicked to represent the diversity and immense talent that graffiti art has to offer. Taking over East London’s Bacon, Cygnet and Sclater street in the heart of Brick lane this groundbreaking event gives passersby the rare and exciting opportunity to take a glimpse at this skilled underground art scene live in action.

For your musical pleasure ‘EndOfTheLine’ present a mixed array of dj’s and live performances pumping out hiphop, beats, ska, dubstep and roots. On Saturday UK Hiphop veterans Rodney P and Skitz will be taking to the stage alongside Lazy Habits and ska afficionados No 1 Station plus a whole host of London’s finest. This free London street festival is bought to you by ‘EndOfTheLine’ in partnership with Nizim and supported by Red Bull, G-shock, Montana, Carhartt, Last fm and Graphotism.