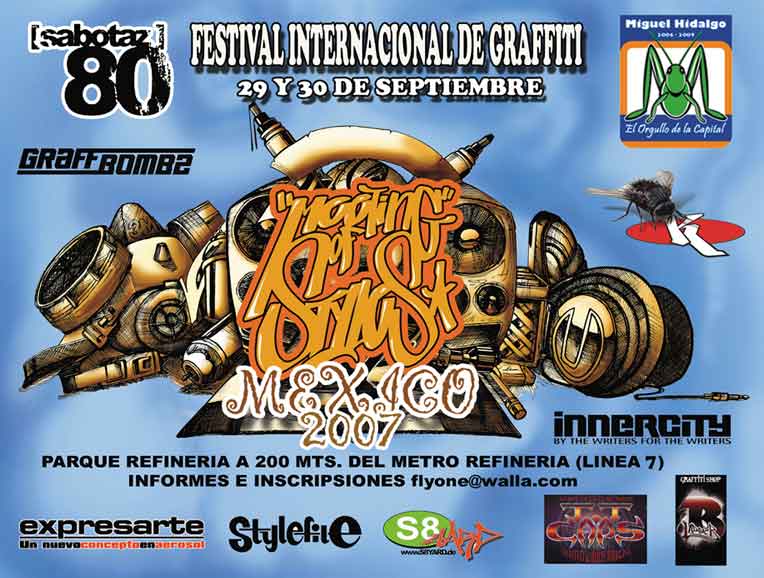 There were several walls, outside and inside the park. The ones outside were kind of noisy but with a lot of traffic coming by while the inside ones were more chilly with green, trees and music.

A lot of writers came from all over the country, HEM from TJ flew in especially for the MOS, Mr. Puppet from Sweden and some americans as well. Walls had different sizes for complexer and longer productions as well as for single pieces and characters.

The sun was shining, as early in the morning writers met to check out wallspace and to start creating. The scene has a lot of female writers and crews too and is very vibrant. A lot of people came by to check out the event, as well as newspaper and TV.

Graffiti is really strong in Mexico, the capitol is bombed very hard and has endless throw-ups, bombs and tags everywhere… cause if you get caught painting illegaly, you can easily pay off the cop.