After two successfull events in 2010 and 2014, MOS proudly returns to the high lands of Peru with its vivid Graffiti-scene. The place to be once again is the capitol Lima.

Lima is the capital and the largest city of Peru located in the valleys of the Chillón, Rímac and Lurín rivers, overlooking the Pacific Ocean. Together with the seaport of Callao, it forms a contiguous urban area known as the Lima Metropolitan Area with a population approaching 9 million.

It is the most populous metropolitan area of Peru, and the fifth largest city in the Americas.

The spot is located in the Barrio of Chilca. The wall is several hundred meters long and gives space for a massive, long production. 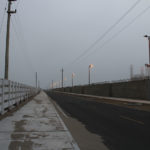 Artists from all over the Americas are expected to meet and to create strong pieces of art.