The greek event is established in Saloniki since 2004 and is the only annual Graffiti-Event. The scene is very vivid and strong, the public climate towards Spray-Can-Art liberal.
Salonica is Greece’s second-largest city and the capital of the region of Macedonia.

The Thessaloniki Urban Area comprises 16 municipalities. According to the 2001 census the metropolitan population approximates one million inhabitants. The city has two state universities that host the largest student population in Greece.

The city is the second major economic, industrial, commercial and political centre, and a major transportation hub for the rest of southeastern Europe. The construction of the Thessaloniki Metropolitan Railway was under discussion for more than fifteen years, but construction began in 2006 and is scheduled to last around six and a half years, with a completion date envisaged for late 2012. Single line will extend over 9.5km, include 13 stations and is expected that the subway will serve 250,000 passengers daily. 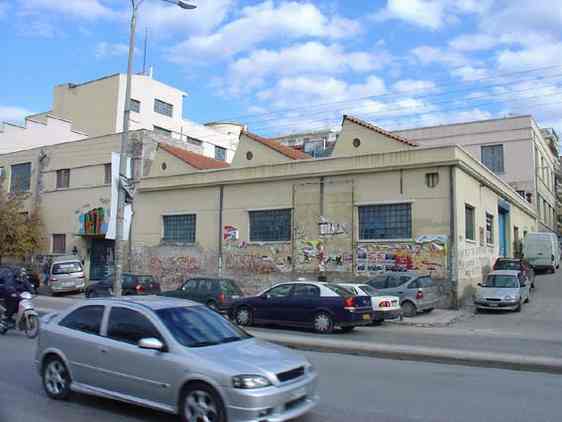 Like the Athens Metro, it will also house archaeological finds. Meeting of styles was fresher and different from all the previous years in many aspects. This year the festival changes the writing spots, from common walls to a facade of a large building.

This year’s meeting point was located at the Municipality of Neapoli, over an OAED parking lot, at a façcde of the conjectural laboratory HELIOS. A surface of 60 meters wide and 10 to 12 meters high, all covered with scaffolding, to accomplish a whole mural with a specific theme. 55 artists from Greece and abroad guests met under this big collaboration.

Live2store presented to you, for the fourth time in a row, the most important graffiti festival in Greece and specifically at Thessaloniki, the Graffiti metropolis. You can get to the place by buslines 25, 27 and 29.

This year’s lineup was smaller in the perspective of quantity but stronger on quality by all means. All the windows of the building are going to be covered with wood, in the finally we have all the building for paint.

SGB prepared the concept in order to bring all artists together in a huge conceptional production. Does and Nash from Holland of Love Letters visit the first time along with Skolp and Meth from Italy of F-Lines crew. Cazo represented Germany. TDock, Smack, ZCP, Mosk, Konans with Lunar from Croatia and Naste, Esteo and Erase from Bulgaria.

Greece will lineup 45 of its finest writers to join their forces with the foreign guests. At the inside of the HELIOS building, a canvas exhibition will take place on Wednesday the 7th of May. Part of this years greek MOS was an exhibition as a new feature. 20 artists decorated the gallery with their works of art. A Graffiti menu feeded all eyes that smartly attended the meeting spot, the HELIOS building.