After it wasn’t possible to do the Jam in Almere we are glad that a new spot was found – the “hall of fame”Q of the legendary Eindhoven was the place to be. 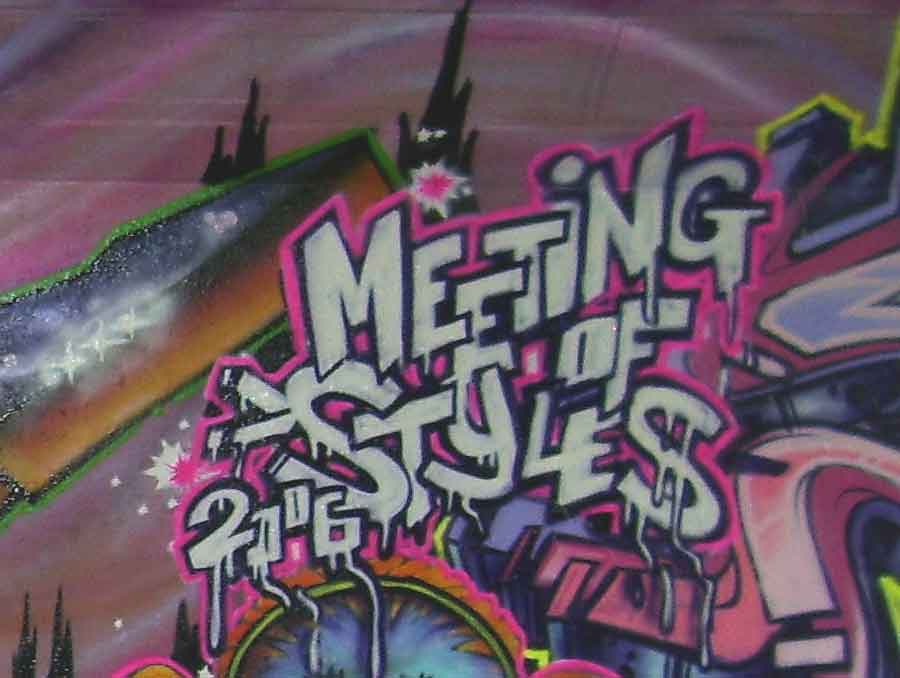 The reason is that the city only allows public fundings three times for one project. So we were told. Crazy, because once an event is established and well-known, they dont support it anymore. But nevertheless, with the help of a motivated dutch head a new option occured in Eindhoven – Hollands 5th biggest city. The local has done a great job and presented a very dope and credible dutch Meeting Of Styles. The spot: the Eindhoven-Hall-Of-Fame contains many walls in a traffic-circle with bridges and underpasses. The Jam started early saturday morning. Writers and legends from all over Holland came early to represent. You must know that the Netherlands has a long and old tradition of Graffiti. Already early in the 80ies there was a scene of active graff-Writers.

Amsterdam – another Venice of the North – for a long time, was probably the most bombed city in Europe, almost no metra-train was running without a piece on it. Nowadays that might has changed a bit, but still: Holland is strong. So a lot of living legends such as Ces53, Serch, Milk, Fume and more came along to show their skills The 2006-Holland-Jam was very fresh, even fresher than the weather was and somehow reminded to the WallStreetMeeting-Jams. Why? Because of the participating artists. Because there were so many writers, that some pieces from saturday were overpainted sunday. Samplism was hooking up the event with nice sounds all day long. So beside of the smell of tea everywhere, the BBQ and the music made everybody forget the rain that fell sometimes. As you can see the spot is pretty nice. Lots of green around to chill and to relax, many walls all over and located pretty central. Location: The Berenkuil (Insulindeplein) in Eindhoven.

Soundsystem by SAMPLISM… Streetlab (Amsterdam) is coming.. Montanashop with paint and goodies. Small After-Party on Saturdaynight in the city-centre. Guest DJ”s SERCH and SUEZ. By car from Dusseldorf…Take highway A44 towards Monchengladbach. Direction exit 27 Nimwegen/Krefelt. At Krefelt take A57/E31. Than take A40/E34 towards Venlo… Entry into the Netherlands. Take A67 towards Eindhoven.At Eindhoven take exit 33 to centrum. You’re now on the road called Leenderweg. After 1.5km take a right turn on street Piuslaan. Go straight ahead till you see the railway. Take the road underneath the railway and after 200 meters there’s the location of the MOS 2006..