After it wasnt sure whether the MOS will happen or not, Trun and The Funk Fanatix were the heads to kick it off. The wall was roughly a kilometer long and up to 2.50m high. Artists from all over the country made long ways to join the second russian edition.

Russia is incredibly huge. Writers who travel from city to city need to ride the trains for days through wilderness. To get from one city to another city can take up to 12hours of train rides, and even longer. 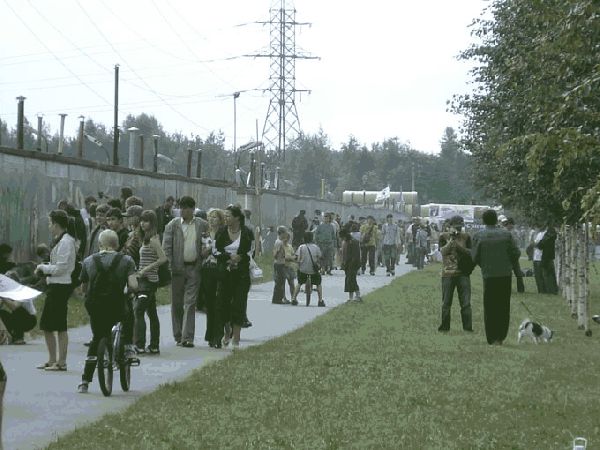 Eventhough some slight rain-showers passed by over the day, the sun always made the walls dry very fast. A lot of people passed by the event, taking photos, chatting, chilling – over two days concrete traffic. The scene over there is pretty buisy and large,  spread among a huge country. Russian Graffiti-Art is on a very high-level eventhough cans are not cheap at all.

The entire week-end was rocked by DJs spinning the right tunes to create a chilly atmosphere while saturday evening Rappers conquered the stage to cook it real hot.